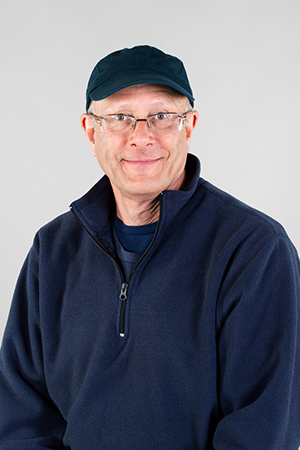 Peter Goin is the author of Tracing the Line:  A Photographic Survey of the Mexican-American Border (limited edition artist book, 1987), Nuclear Landscapes (The Johns Hopkins University Press, 1991), Stopping Time:  A Rephotographic Survey of Lake Tahoe with essays by C. Elizabeth Raymond and Robert E. Blesse (University of New Mexico Press, 1992), and Humanature (University of Texas Press, 1996).  He served as editor of a fifth book, Arid Waters: Photographs from the Water in the West Project (University of Nevada Press, 1992).  Peter is also co-author of numerous books, including the Atlas of the New West, a collaborative effort with members of the Center of the American West at the University of Colorado at Boulder; A Doubtful River (University of Nevada Press, 2000) a project that examines the complex watershed of the first federal irrigation dam, the Newlands Project; and, Changing Mines in America (Center for American Places distributed by the University of Chicago Press, 2004) reinterpreting the legacy and importance of mining landscapes throughout the United States.  In 2005, Peter and Paul F. Starrs served as co-authors of the seminal BLACK ROCK (University of Nevada Press), a dedicated investigation of a phenomenal desert region in northern Nevada.  Peter’s photographs have been exhibited in more than fifty museums nationally and internationally, and he is the recipient of two National Endowment for the Arts Fellowships.  Peter’s video work has earned him an EMMY nomination as well as the Best Experimental Video Award at the 2001 New York International Film & Video Festival.  At the turn of the new century, Peter was awarded the Governor’s Millennium Award for Excellence in the Arts.