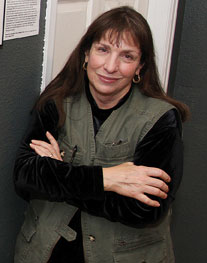 Carole Gallagher, Conifer, Colorado, first began her odyssey on the nuclear trail on March 28, 1979, the day of the Three Mile Island accident. Noting beads of sweat on the brow of Walter Cronkite as he reported on it, she packed her car, ready to travel far from the potential plume that could soon have enveloped her home town, New York City.

Shortly after that, she began research on the effects of atmospheric nuclear tests in Nevada, which had been an interest since childhood “duck and cover” maneuvers at her grammar school in the 1950s. Wondering what really happened to people downwind of the Nevada Test Site, she began research at Albert Einstein College of Medicine in New York with a library pass supplied by a doctor who taught there. Recently declassified documents from the Atomic Energy Commission revealed that federal authorities considered those people “a low-use segment of the population,” much the same as test site workers and atomic veterans exposed at close range to nuclear bombs as they detonated in the open air. Abandoning her life as a successful photographer and writer, she moved from downtown Manhattan to southern Utah, a spot considered most damaged by fallout, to observe and document what she called “American Ground Zero.”

After a dozen years on the road, based in Utah, “American Ground Zero: The Secret Nuclear War” was published by The MIT Press. A slightly abridged paperback edition was published by Random House the next year, thanks to Harold Evans, “as a personal act of conscience.” There was a companion traveling exhibition of this documentary organized by the International Center of Photography in New York with seven venues nationally and numerous others abroad.

Gallagher has been working on book projects concerning the environmental destructiveness of war in the Persian Gulf (1991), another on nuclear testing in the West, and monographs on similar issues connecting health with environmental pollution.

“As you look at Carole Gallagher’s powerful pictures and read her angry words, you may be reminded of James Agee’s Let Us Now Praise Famous Men, with Walker Evans’ photographs of poor tenant farmers in the rural South. . . . Ms. Gallagher’s book deserves to be read as a crusading story of the consequences of the nuclear-arms industry’s linger-ing contamination and deception: as an American Chernobyl.”

“They are ordinary people to whom something extraordinary has happened, and Carole Gallagher reveals their pain, anger and confusion with the relentless clarity of art.”

“Gallagher’s discipline in becoming ‘a blank slate upon which the stories and images could be written’ has resulted in a document of immense authority and human urgency.”

“An extraordinary study of one of the Cold War’s bleaker chapters . . . Gallagher has provided us with a powerful document that not only tugs at the heart but is a chilling reminder about the dangers of silence and complacency.”

“Shocking yet non-sensationalist . . . The book illustrates the irony that the U.S. mili-tary’s experimentation with bombs many times the magnitude of Hiroshima resulted in the nuking of one country – our own.  A+”

“A primer for all would-be patriots.”

“Even in the history of this admirable republic there are moments of horrible betrayal. American Ground Zero is about one of them. This searing documentary of a forgotten nightmare from the Cold War belongs on the same shelf as the photographic studies and oral histories of the hibakusha, the victims of Hiroshima and Nagasaki. But none of these people can be construed in any way as the enemy. They were our own people.”

“A book which, by focusing more intimately than previous accounts on the people affected, is triggering gentle shock waves nationwide.”

“Like the stark black-and-white photos that accompany the text, the downwinders of Utah, Arizona and Nevada are locked in a time of pain and wonder and hurt . . . Each picture is a story in itself.”

“Riveting . . . Most investigative documentaries stockpile damning evidence until a viewer is forced to whisper, ‘Oh, how awful,’ but Gallagher resists the temptation of a single-minded exposé. She continually keeps her book complicated, engaging issues as diffuse as religious fundamentalism, military brainwashing, the mentality of a state that continually elects Orrin Hatch senator, and, of course, tenacious survival in the face of crippling odds.”

“Carole Gallagher has looked and listened closely to her subjects, men and women who can speak for themselves. Ms. Gallagher encourages them to do so, and stays out of their way. What they’re asking for is truth and justice, and what they need is to be heard. This book is a collective act of responsible citizenship. We are all in the debt of those involved in its making, for we have all breathed the same air, and any or all of us may be at this very moment dying – whether we know it or not – of the same causes.”

“This is the most terrifying – the most devastating – book I have ever read. It leads to the inescapable conclusion that the United States of America conducted systematic nuclear experiments on its own people and has lied about it to this day.

“What Gallagher’s camera captures is no sad anomaly of yesteryear but the first casual-ties of a public trust betrayed. Given a face and a voice, her subjects express a dignity and a demand for truth as quiet and fierce as the radiation that haunts all our lives.”

“A powerful chronicle of suffering, deception and the destruction of lives and lands at the hands of the U.S. government.”

“Gallagher’s catalog of duplicity and disease is unnerving testimony to the results of a lethal – and very strange – government program.

“Energy and Defense Department personnel should be required to read American Ground Zero aloud to their families.”

“What emerges in American Ground Zero is the documentation, through gripping photo-graphs and the words of the victims, of a decades-old betrayal and cover-up that continues today. . . . Gallagher’s contribution has been to document, through case studies, the effects of what amounted to a nuclear war against the American people. . . . In com-pelling words and photographs, Gallagher depicts the consequences of these people’s misplaced trust.”

“Poignant and provocative. . . .A compelling look at the lives of ordinary people who had no way of knowing they were in the wrong place at the wrong time.”

“Some of the facts about ‘America’s Chernobyl’ . . . have been aired since President Carter opened the operational records of the Atomic Energy Commission to the public in 1978, but the story has seldom been told as eloquently as in American Ground Zero. . . .

Gallagher’s most powerful contribution may be in demonstrating that the cover-up continues today, three decades after the last mushroom cloud rose from the Nevada desert.”

“Gallagher weaves narration, oral history and photography into a complex, immensely ambitious and important book. . . .This is an outstanding book, a fitting witness to the value, courage and beauty of the people whose stories it tells.”

“Electrifying. This is photography at its best . . . at the service of history and truth.”

“Gallagher’s work … proclaims the most explicit continuity with the Farm Security Adminstration. She is one of the founders of the Atomic Photographers Guild, arguably  the most important social-documentary collaboration since the 1930s when Roy Stryker’s FSA photo unit brought together the awesome lenses of Walker Evans, Dorothea Lange, Ben Shahn, Russell Lee and Arthur Rothstein. Just as the FSA photographers dramatized the plight of the rural poor during the Depression, so the Guild has endeavored to docu- ment the human and ecological costs of the nuclear arms race. There is no doubt that American Ground Zero is intended to stand on the same shelf with such New Deal-era classics as An American Exodus, Let Us Now Praise Famous Men, and You Have Seen Their Faces. Hers, however, is a more painful book.”

“What makes Gallagher’s photographs so searing is the contrast between the good and honest faces of the survivors and the stories they relate. . . . In this masterwork of outrage Gallagher has fused compelling oral histories with photographs Lange would have des- cribed as ‘second-lookers’ – that is, images to which readers will return again and again.”

“A tale of horror relieved only by the grace and courage and compassion with which [Gallagher] tells it. The black and white photographs convey, better than any color could, the somber message without a hint of sensationalism.”

“Ms. Gallagher’s book is the kind of truthful examination that we must constantly make about ourselves.”

“To undertake a project such as American Ground Zero, the author must possess talent, courage, conviction, endurance, and outstanding skill as a photographer. Fortunately, Carole Gallagher lives up to all the above, and one is awed by her accomplishment.”

“A definitive study of the effects of nuclear testing, a powerful appraisal of its impact on past and future generations, and a distinguished contribution toward our education, indispensable to the emergence of a more humane world order.”

“This is more than a cautionary tale. It is a revelation of something apocalyptic. The Soviet Union was condemned by the world for keeping Chernobyl a three-day secret.

Our nuclear bomb tests in Nevada were kept a thirty-year secret. Our respected scientists, engineers, and administrations were the guilty parties and we, the American people, were kept wholly ignorant of peril without precedent. It’s a lollapalooza of a book.”

“Ms. Gallagher sets the standards, in my view, for an active conscience and discipline. The main evidence is American Ground Zero. It stands alone in the treatment of an enormous and daunting subject, driven by ardent caring and steadied by maturity.

I can’t think of another writer/photographer who brings an equal combination of gifts and commitment. Her courage is of the sort that faces the worst down, and so strengthens us all.

“In its immediacy and low-key approach to the tragedies and shattered lives radiation has caused, American Ground Zero adds an entirely new dimension to our knowledge of health effects, the human dimension. And it is not science that is blamed but callousness, indifference, ignorance, fanaticism – all the traits of the military mind while in combat.” 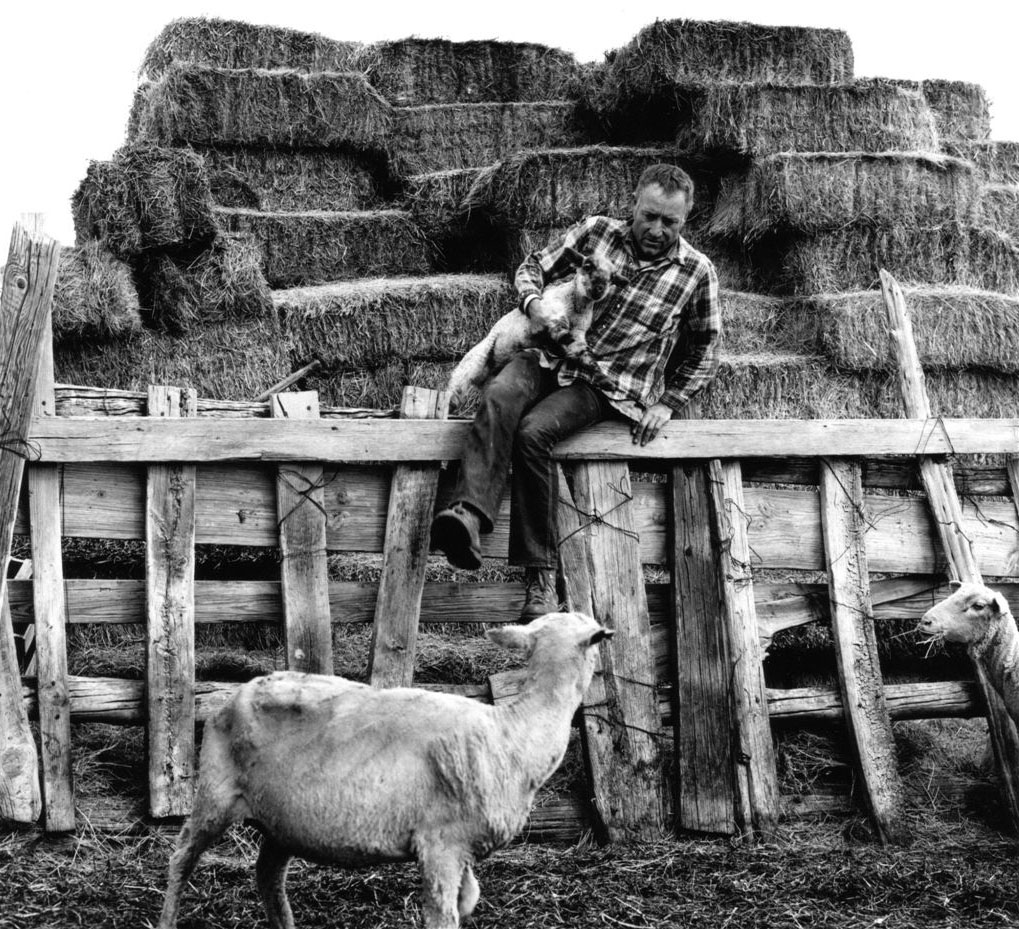 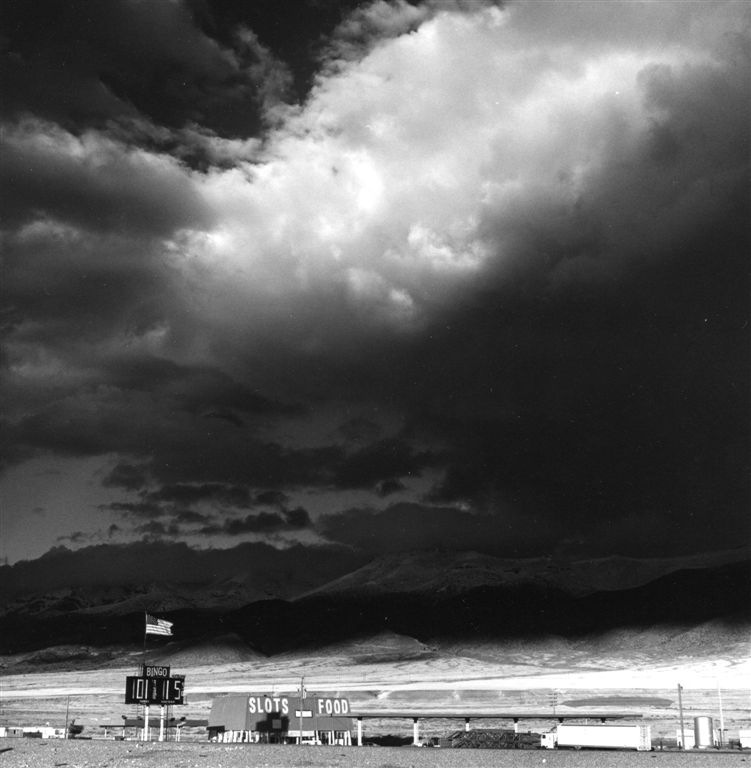 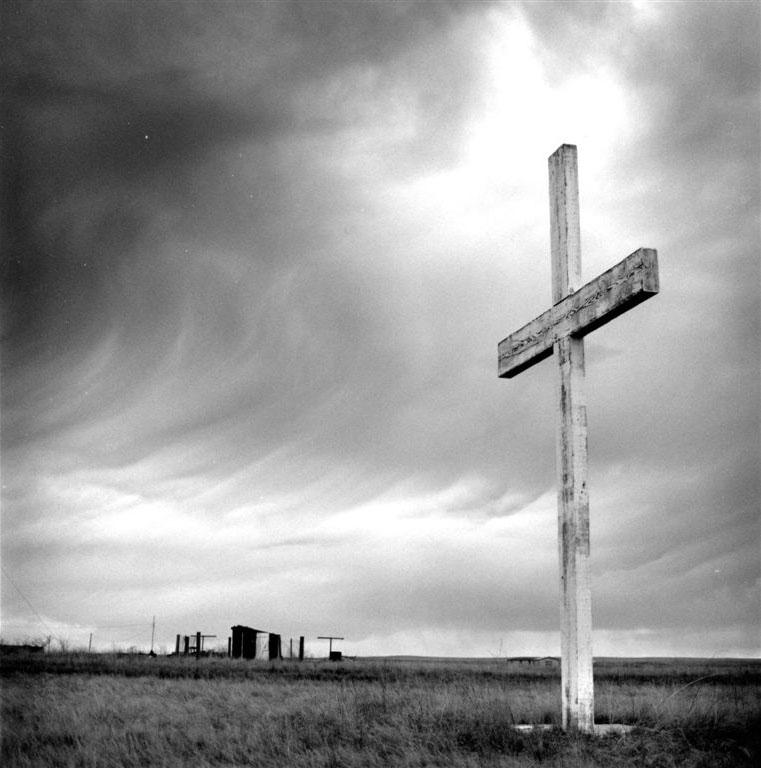 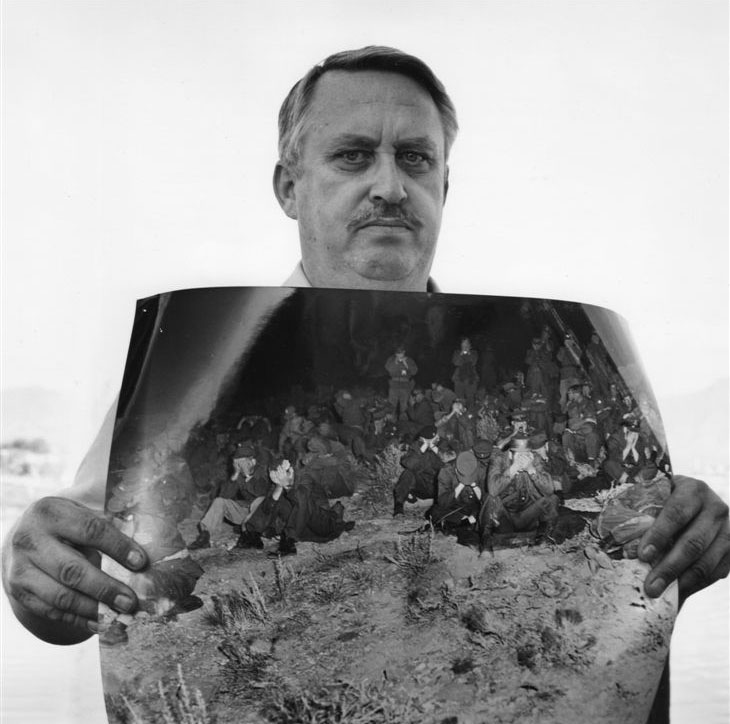 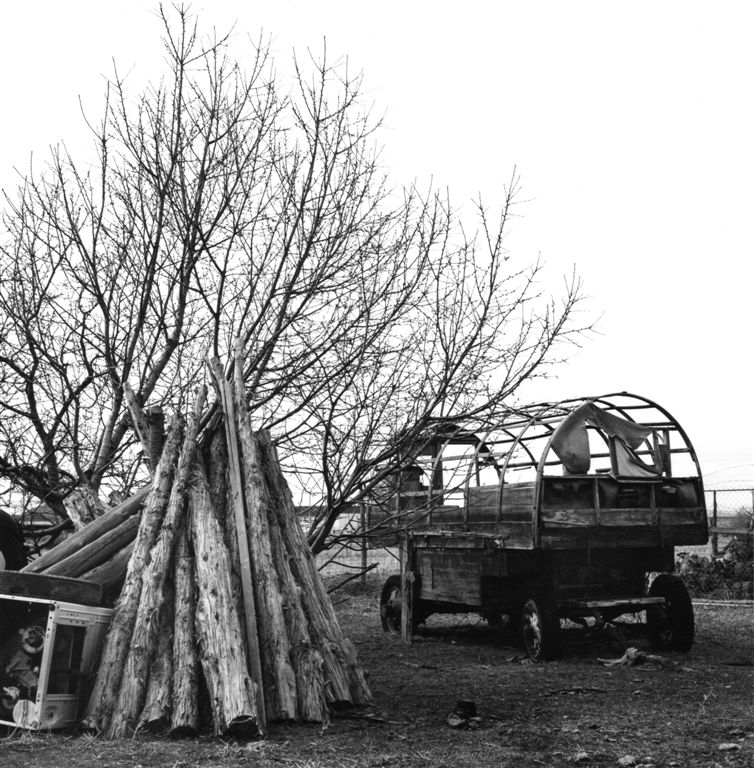 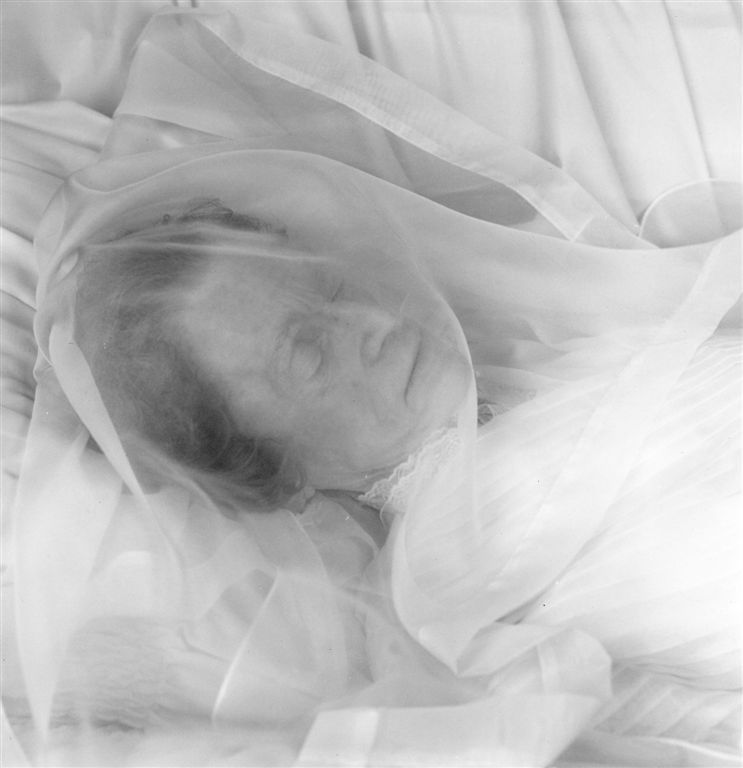 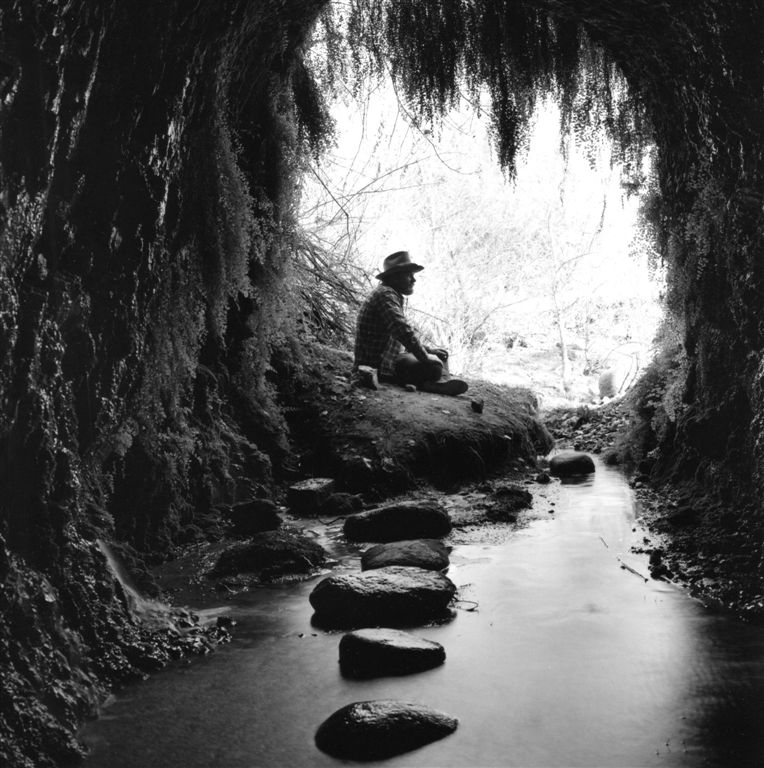 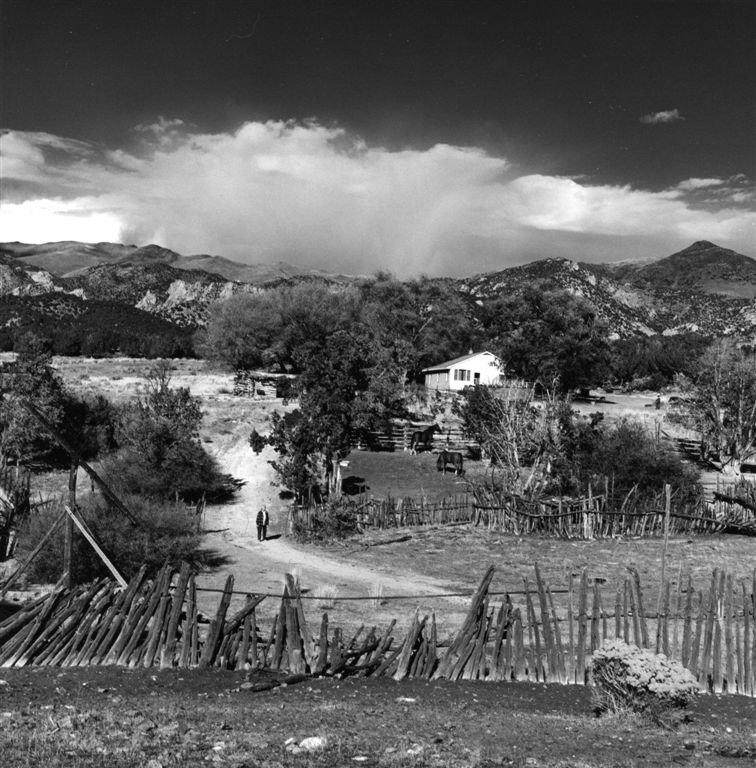 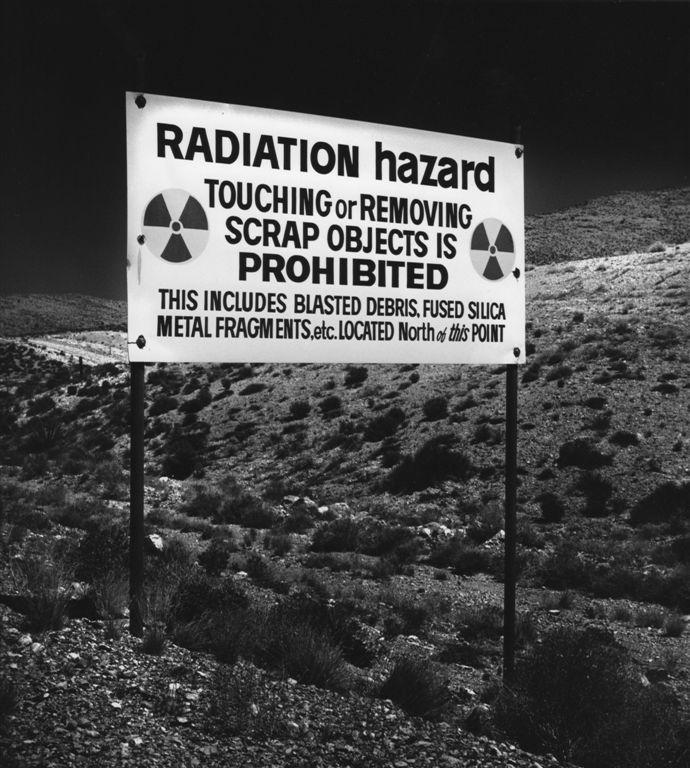 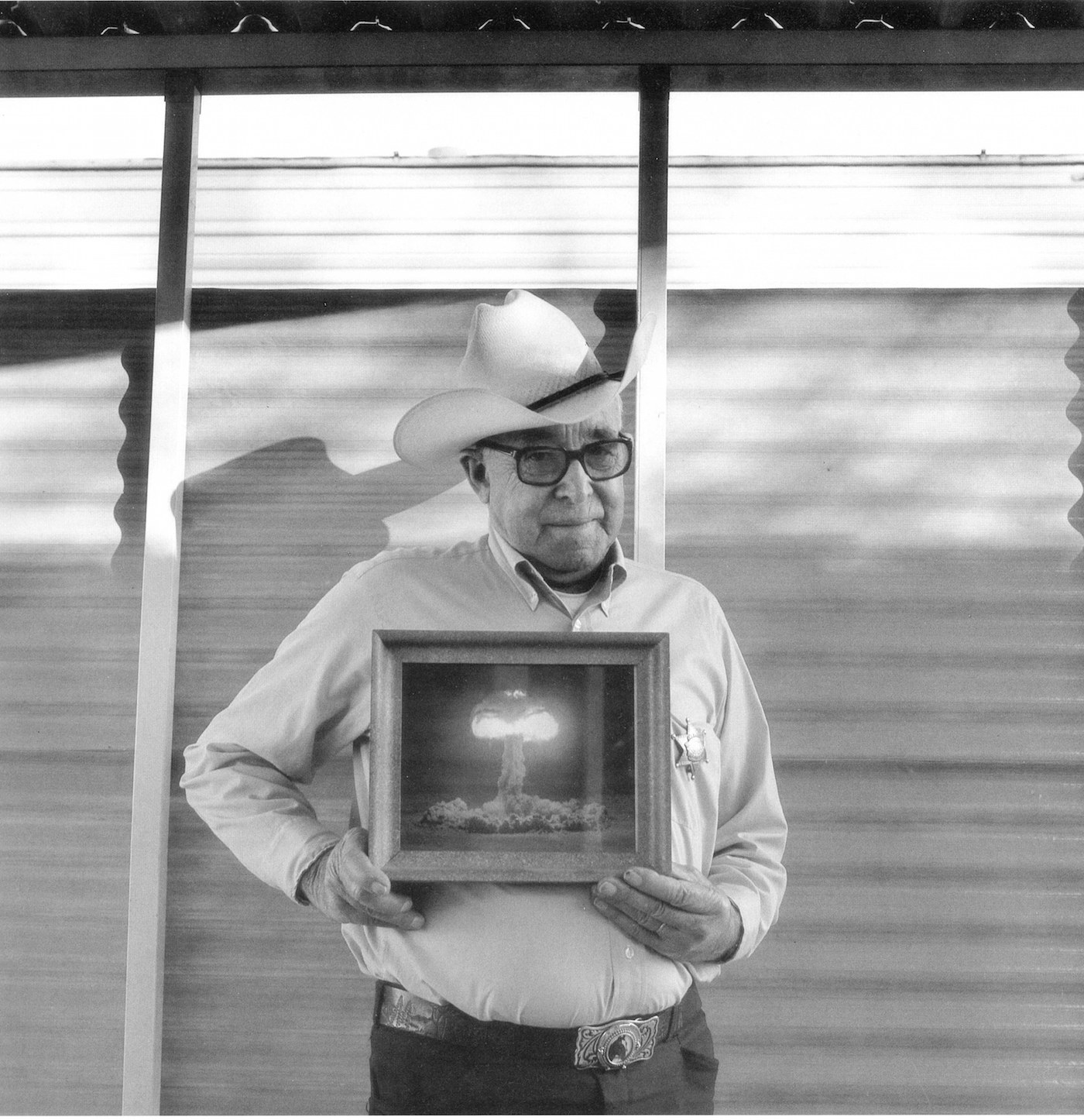