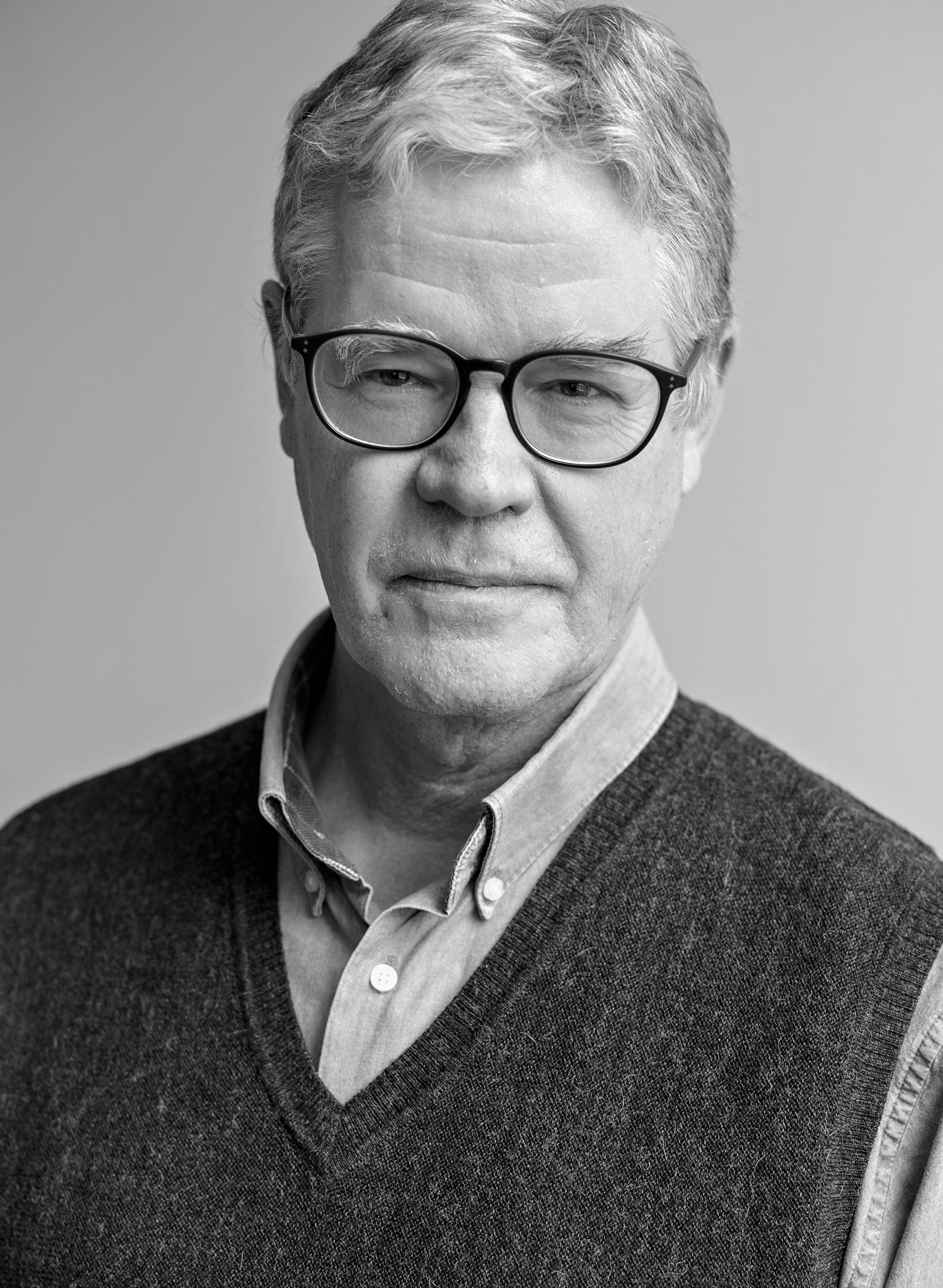 Blake Fitzpatrick is a professor in the School of Image Arts, Toronto Metropolitan University. His research interests include critical landscape studies, photography and the nuclear era, and the post-Cold War histories of the Berlin Wall. Fitzpatrick has exhibited his photo-based work in solo and group exhibitions in Canada, the United States and Europe, including the Canadian Embassy in Berlin. As principal investigator, Fitzpatrick was awarded a SSHRC Insight Grant for the collaborative research project Freedom Rocks: The Everyday Life of the Berlin Wall. Produced with artist Vid Ingelevics the project has been exhibited at the Goethe-Institut in Los Angeles, Prefix in Toronto and with excerpted portfolios published in the journals Prefix Photo, Public and Ciel Variable. Fitzpatrick’s writing and visual work have appeared in numerous journals and in edited collections. His work on the photographic representation of the atomic era is included in The Cultural Work of Photography in Canada (MQUP, 2011), Camera Atomica (AGO and Black Dog Publishing, 2015) and Through Post-Atomic Eyes (MQUP, 2020). He is co-editor of Critical Distance in Documentary Media (Palgrave Macmillan 2018) and contributed a chapter on the aerial image in contemporary documentary art for the volume and co-editor with Dr. Jonathan Bordo (Trent University) of the collection, Place Matters: Critical Topographies in Word and Image  (MQUP, 2022).

Blake Fitzpatrick is an advisory board member of the Atomic Photographers Guild and has published on the work of Guild photographers.

Port Hope and The Future Mound

Blake Fitzpatrick has documented radioactive legacies in Port Hope, Ontario, for over three decades.  His long-term investigation considers the location and public response to radioactive waste in Port Hope. The project documents the contaminated homes and landscapes of Port Hope and includes images of the near-by nuclear dump in Port Granby and the “Port Hope field” at the Chalk River Nuclear Laboratories where approximately 2500 truckloads or 104,225 tons of radioactive soil from Port Hope was shipped in 1976.

Fitzpatrick’s most recent work documents a massive, $1.28 billion cleanup of radioactive waste in the town. The federally financed project will consolidate an estimated 75,000 truckloads of radioactive “historic” waste from Port Hope in an engineered above ground mound. An additional 50,000 truckloads of radioactively contaminated material will be dug up and moved to another above ground mound near a former nuclear dump in the hamlet of Port Granby in the neighbouring township of Clarington.

The mound site in Port Hope is approximately 3 kilometers from the former Eldorado Nuclear Plant (now the Cameco Uranium Conversion Facility) where the waste was generated. The plant is located on the north shore of Lake Ontario, the source of all drinking water. Under construction just south of Highway 401, the mound when filled and capped is expected to stand seven stories tall and be visible to all travellers on the country’s main transportation artery – a towering monument to Canada’s participation in the nuclear era.

The nuclear mound in Port Hope is designed to last for 500 years. Radium 226, a material found in the soil of Port Hope has a half-life of approximately 1600 years and will be buried in the mound. The “future mound” documented in this project announces the existence of a long-term site for nuclear waste that will extend into the distant, pragmatically forever future. 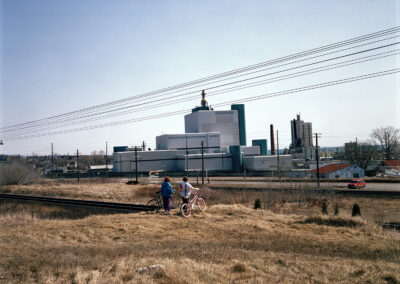 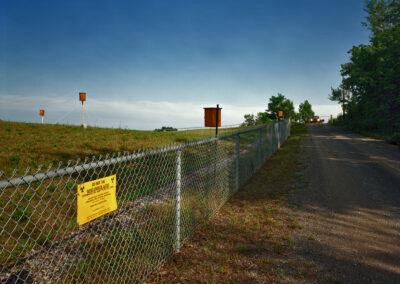 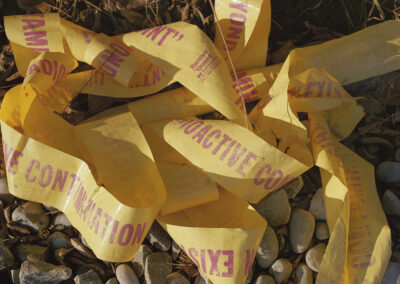 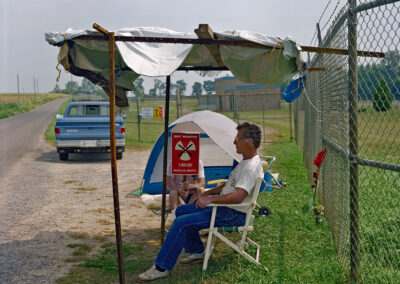 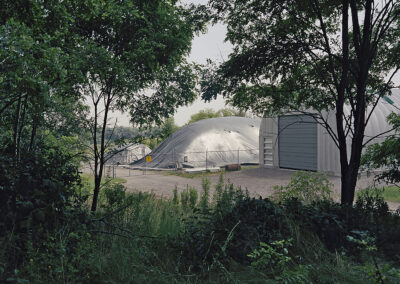 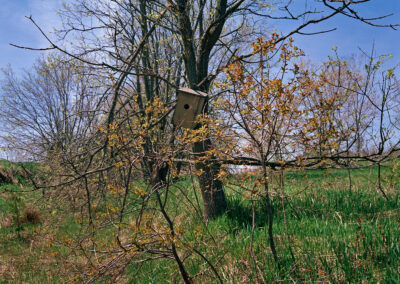 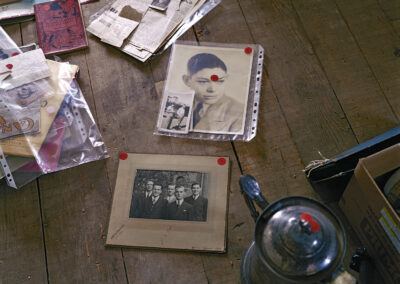 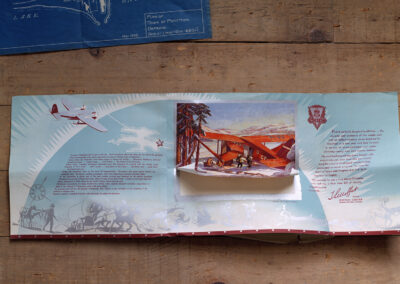 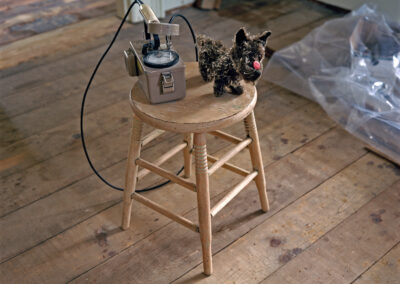 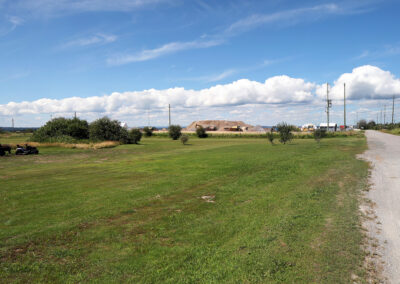 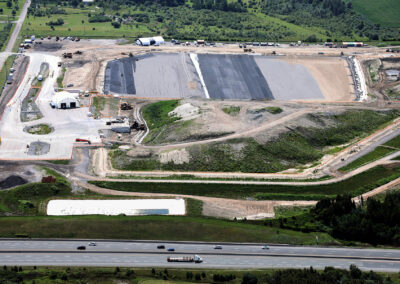 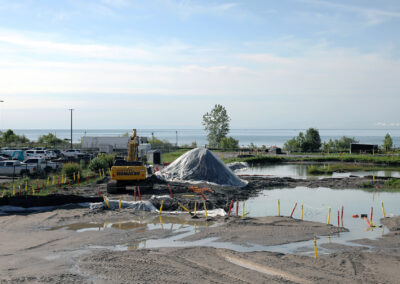 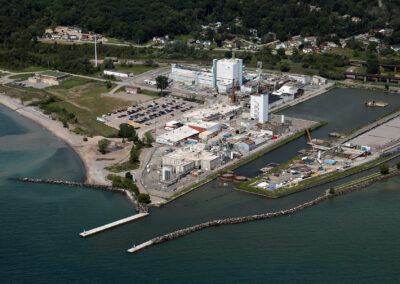 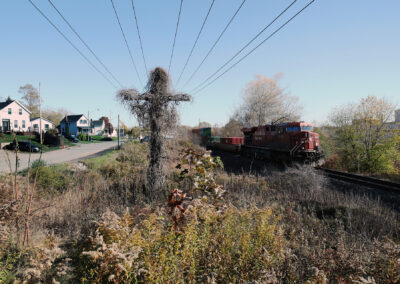 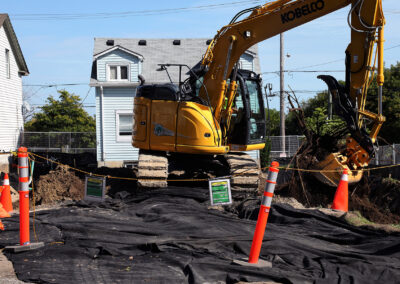 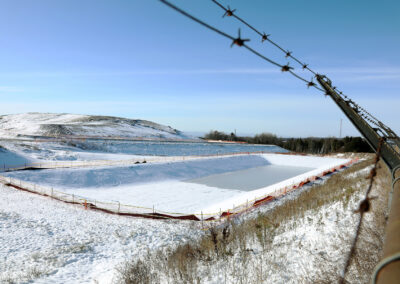