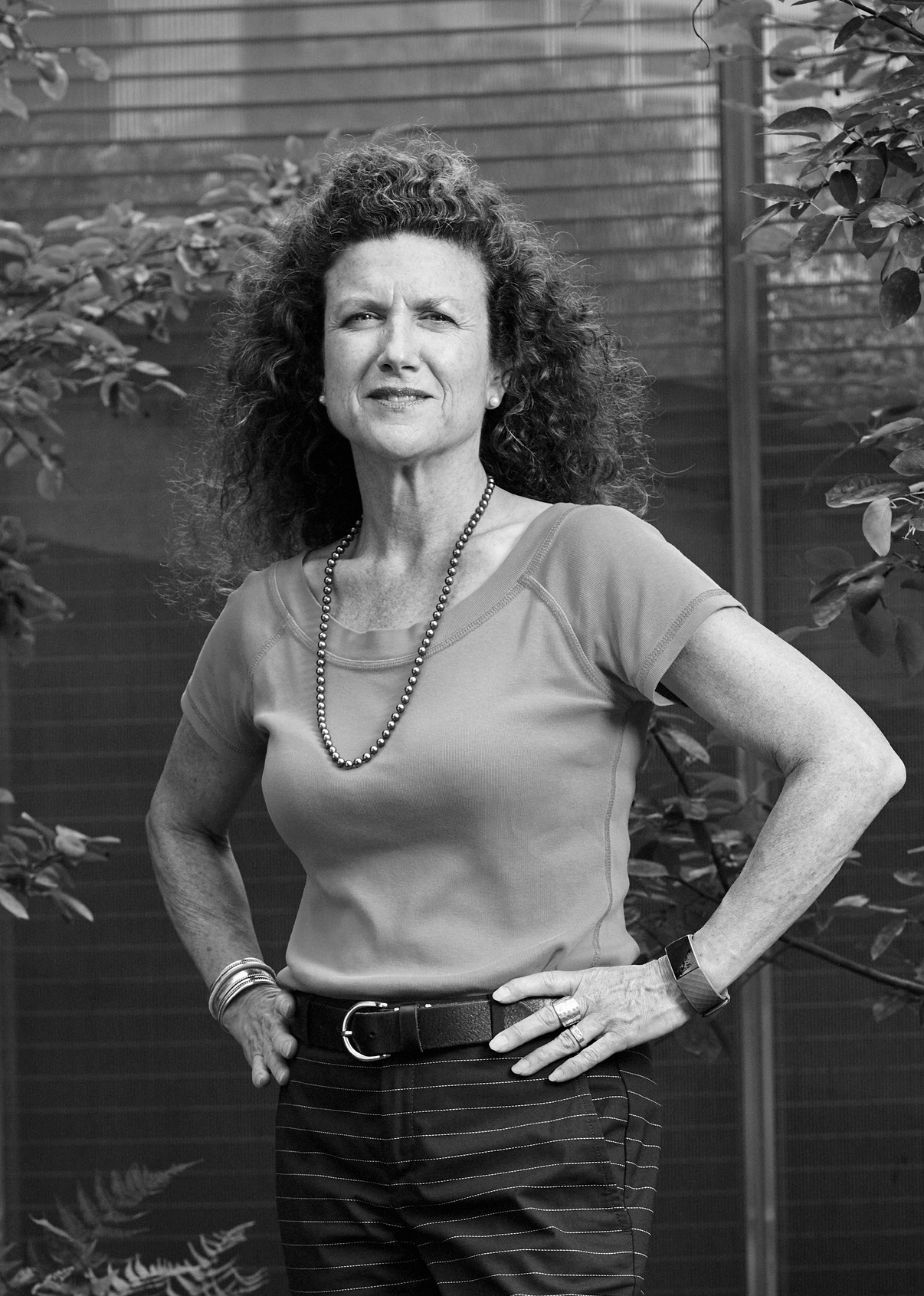 Katy McCormick is a photo-based artist and educator born in Kansas City, Missouri, who lives in Toronto, Canada. She is associate professor and program director of photography at The School of Image Arts, Toronto Metropolitan University. Her work examines commemorative sites, revealing narratives and social histories embedded in landscapes. Since 2008, her research has focused on the histories of the atomic bombings in Hiroshima and Nagasaki.

In 2018 she self-published an artist book entitled: The Ash Garden: Hiroshima Under a Rain of Ruin, which moves through the interwoven strata of space and time in Hiroshima using a forensic approach reminiscent of the early post-bombing surveys. The book presents a sampling of 27 “A-bomb Disaster Markers” showing buildings and bridges, sequenced as they lie, distance-wise, relative to the hypocenter. This systematic arrangement provides a conceptual framework for reflecting upon Hiroshima’s history as the testing ground for uranium bombs, while also probing the limitations of photographic representation to intimate the invisible.

Her ongoing project, Rooted among the Ashes: Hibakujumoku / The A-bombed Trees, comprises portraits of survivor trees. As the last generation of Hibakusha—the “explosion-effected people” of Hiroshima and Nagasaki pass on their stories, silent witnesses—the hibakujumoku—stand hidden in plain view. Living in school yards, temple grounds, gardens, and city squares, these trees, like countless non-combatant humans and animals, were subjected to the devastating impacts of the atomic bombs. Lovingly tended since then, and often supported with wooden poles, these trees stand as living witnesses to cataclysmic events. Bearing the scars of heat, blast and fire, and forever altered by exposure to radiation, they signify the persistence of life in the face of total destruction. For survivors, they are living links to a history hidden in plain sight. In Nagasaki, the A-bombed trees are loosely identified by signs listing their species and distance from ground zero. In Hiroshima, a registry of a-bombed trees has been created by the municipal government. Many of the trees serve as touchstones in elementary school peace education programs. Over the years, elderly hibakusha have gathered children around the a-bombed trees and spoken to them about those dark times—and the hope brought by the trees in the face of so much death and destruction. 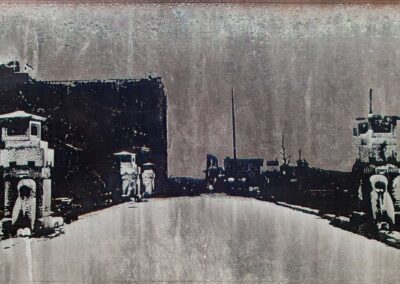 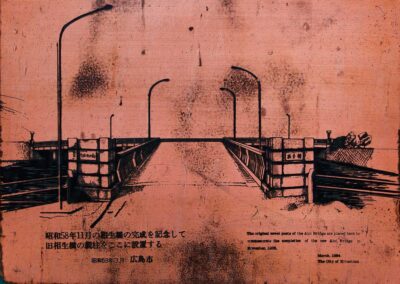 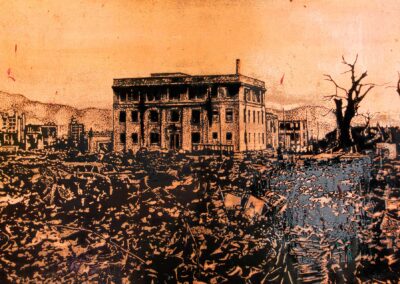 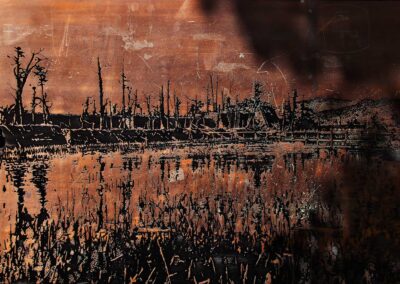 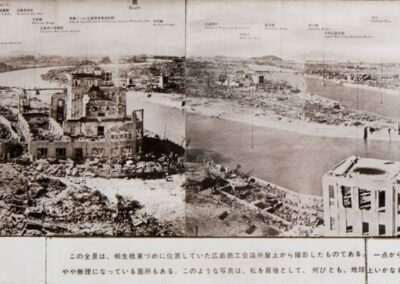 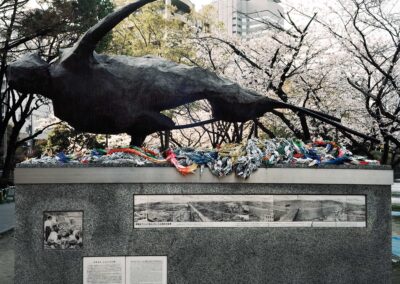 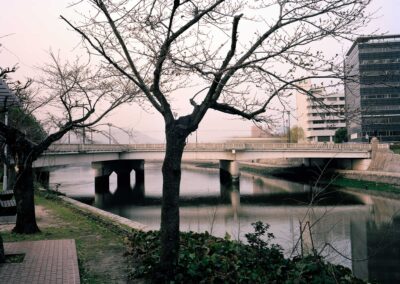 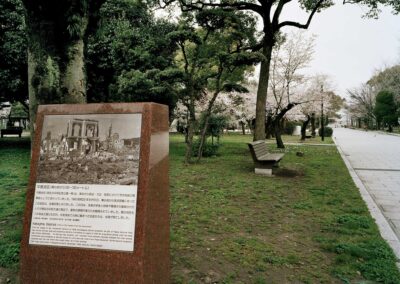 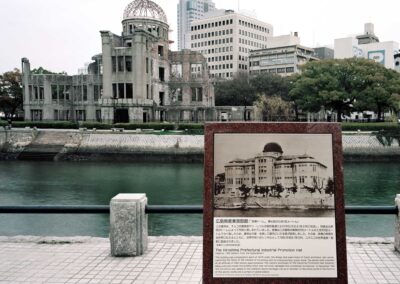 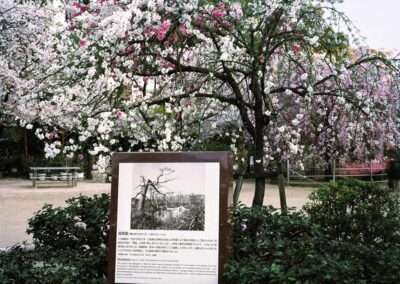 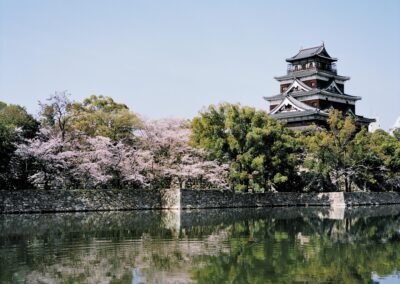 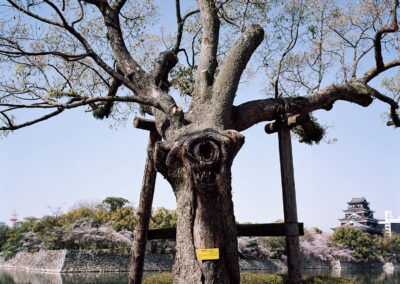 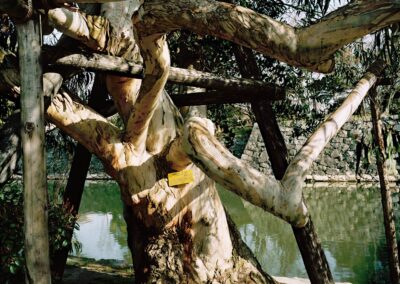 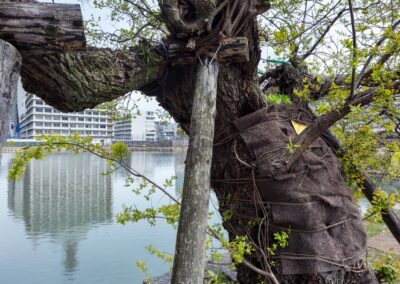 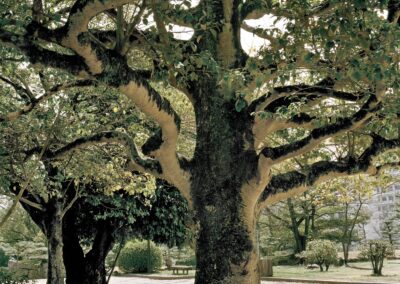 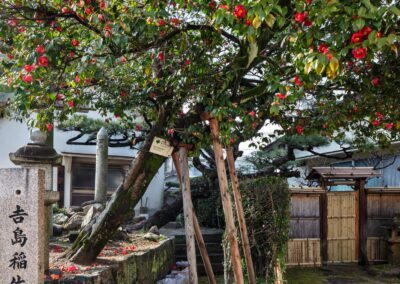 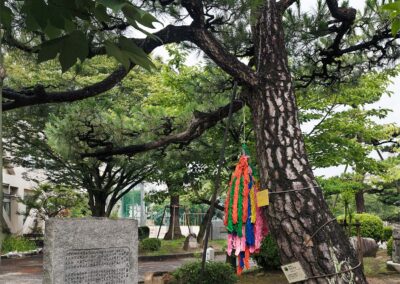 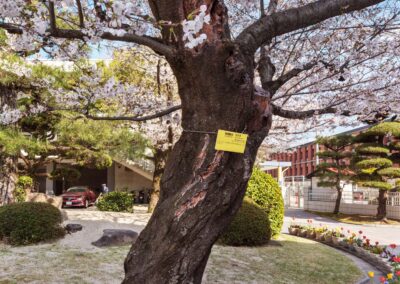 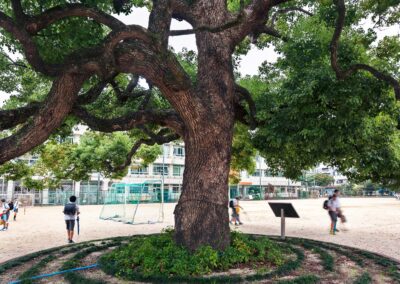 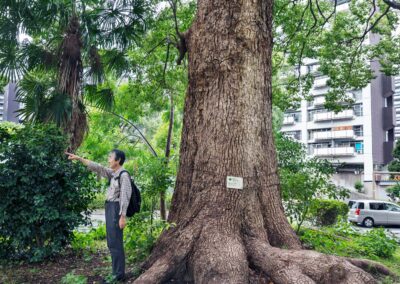 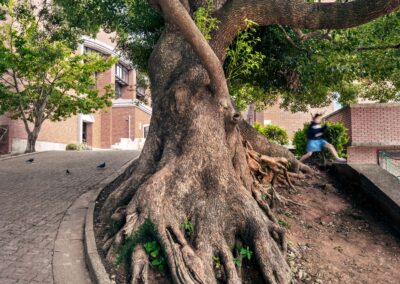 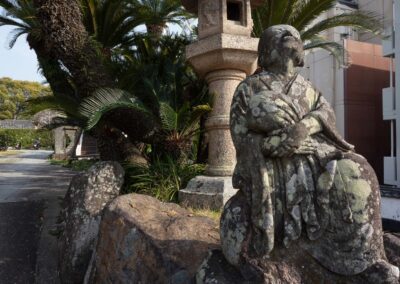 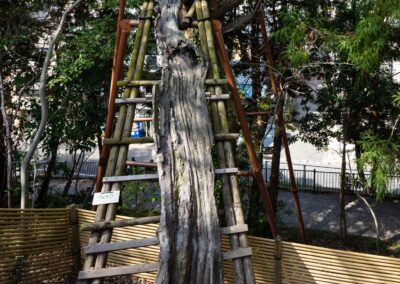 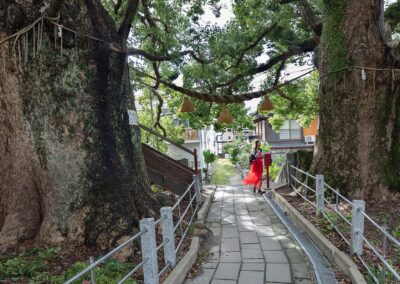