A multimedia exhibition by filmmaker and photographer Jesse Andrewartha. 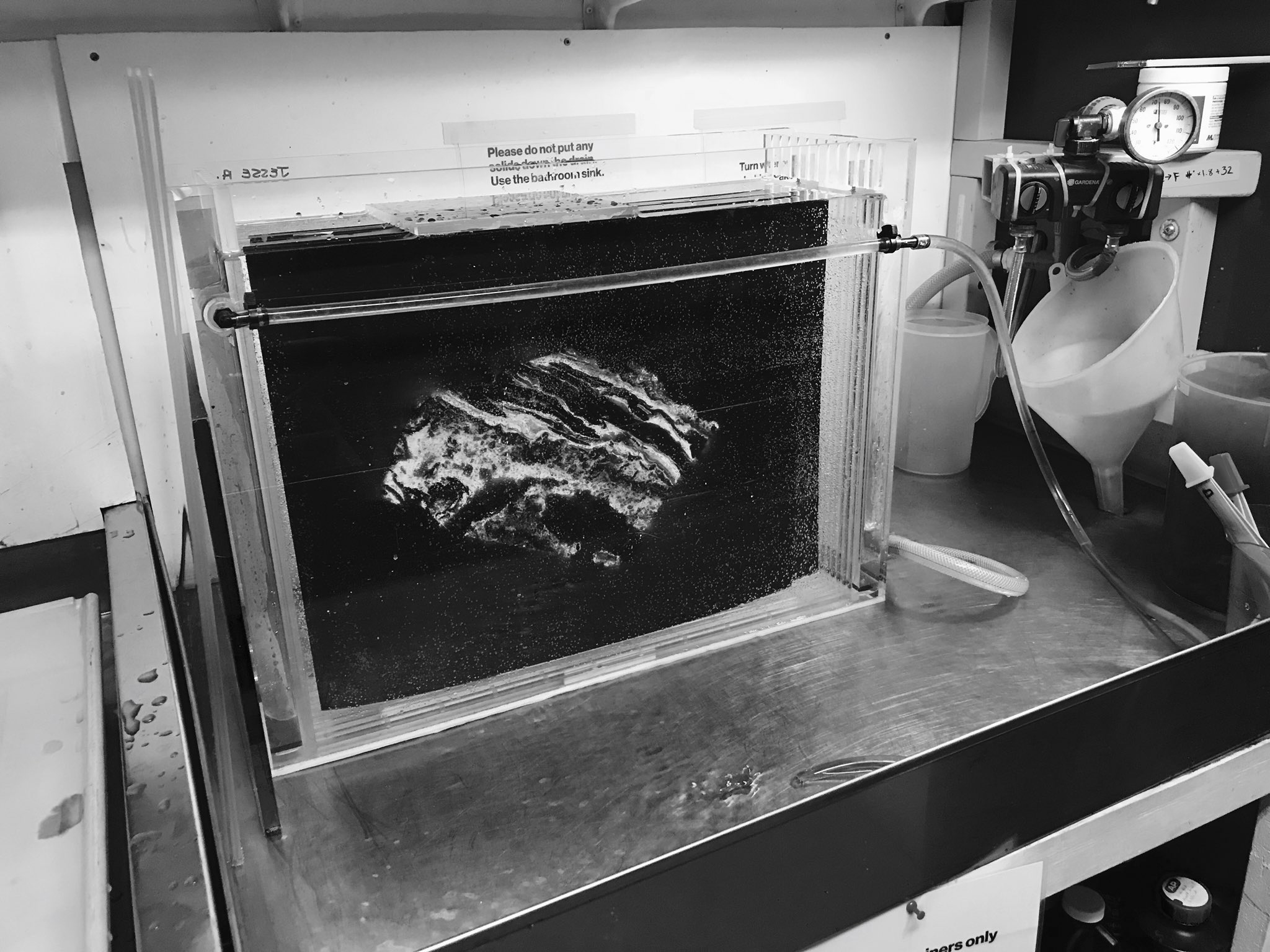 Through 35mm film, digital video and images that utilize the alternative photographic processes of palladiotype and uranotype, Transmutations reveals the mineral, the people whose lives have been impacted by uranium, the ex-miners that toiled decades underground, Indigenous leaders and activists leading the charge to clean up the mines and the places that shifted the balance of power on a global scale.

Said to be the most common naturally occurring radioactive element on Earth, uranium is a symbol of the nuclear age baptized in fission. It brought energy and nuclear fire, changing the geopolitical landscape forever.

Join us at Cineworks on May 7 at 7pm, at our black box studio, for the inauguration of Jesse Andrewartha’s solo multimedia exhibition, Transmutations: Visualizing Matter. Captured over the course of three years using exclusively analog silver halide film, Transmutations explores the history, legacy, and radioactivity of uranium mining during the twentieth century in Canada and the US, from sub-Arctic regions in Canada to a quarter mile inside the historic uranium mines of southern Utah.